ASHES 101
What the Ashes of Creation BR was monetized

This interview took place on Discord Voice on 6 December 2018. An audio recording of the interview is available here. 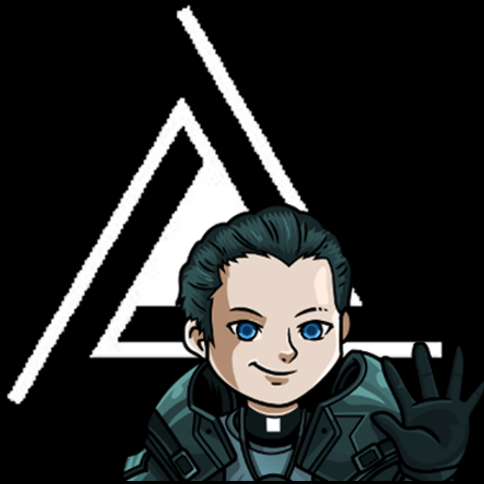 Can I ask a bit of a complicated question?

You may ask whatever you wish my friend.

Okay I'm going to frame this a bit, your vision in your dream was to make MMOs great again, and then as we've developed some things have started to maybe shift a little bit closer to EA and Blizzard mentality

Ooof. No, I wouldn't say that

Then you shuffled how testing was going to be done in order to create Apocalypse which was a response to the community and we said this and I'll be the first to say we said "We don't believe Unreal Engine 4 can do what you say it can do."

The concern now is it seems in the last 30 days Apocalypse has become over monetized and it almost seems like that has become a focal point now and I'm going to call you out on something you said during a stream today "Testing takes money."

If your core viable product was already fully funded...

...Oh okay it's so your core viable development money was there, but you didn't have the money for the testing.

So let me explain that, there's a little bit of a difference.So I absolutely hear what you're saying, there's two things in play there though.
One the development of a core viable product, absolutely I'm 100% funding. That’s already there. That's scheduled out. The hiring of additional team members in order to encompass that development time is paid for.

What is different is however when we added an additional testing phase and our intention for that testing phase originally was only to test with say ten thousand users, and that was a part of the sale price of that alpha one testing was to accommodate a little bit of the testing money. Because when you host servers, when you pay for CDN downloads, the operations of a game requires money, specifically. However, that was already accommodated for.

When we decided that it would be beneficial to address community concerns with regards to combat and number of players and or participants in the number of the hundreds as a part of either battle royale or castle siege whatever the game mode is we need to get a few hundred players in a particular area. That means that we need to have a lot of data that we decided to move up earlier in testing. We decided to do earlier than what was originally planned or scoped for. Now when we decided hey okay let's get as many people as possible to connect to this so that we can really stress the server architecture.

In order to do that we now need to host on our cloud infrastructure which again costs money to test, not necessarily to develop but test. Let's host hundreds of thousands so we can address any potential problems that might arise as most MMOs have on launch day.  Or that we need to have a viable test pool of individuals who we can hit the threshold of available players in a particular area.

That doesn't reflect the development cost of Ashes of Creation, now we're adding new variables, hundreds of thousands of players as opposed to the ten thousand we intended for alpha one. When we have servers that need to host that amount of people it makes sense that we would have a monetization strategy in order to account for those testing fees. So it's not really correlated I think testing and development at least with regards to cost I think those are two very different things.

So just to make sure to make sure that's represented. Had had the development state on the original plan wasn't monetized necessarily but in response to the community's concerns you rose to the occasion, you're going to do that testing, but that testing is in an additional cost on top of what you would planed.

Yes that was that was articulated correctly however in addition to that what we've done with phase one, when I think it was a little over a month ago, we were having the confusion before we named it Apocalypse people were like hey you know this is alpha one, phase one, mode one and is this the MMORPG? And many people were saying it's now a BR or it's now an arena game or whatever the deal was. We said listen we're going to do a 180 on this branding.

So internally what we did was we began to create marketing assets we began to (inaudible) 2D art  that has the Apocalypse branding on it and we decided that we were going create this into a standalone game mode and add the same old game mode will be persistent and we'll just duel purpose that the art assets that we have created for the MMORPG in order to facilitate an available chase, basically a reason why people would want to play the game.To earn those cosmetics. To kind of have a arena in which the game was fun to play that wasn't very alpha like or wasn't very test oriented. and when we decided to take that turn a month ago a part of that was this needs to be a viable product on its own, if that's the case.

If we're going to invite hundreds of thousands of players to potentially play this product and we're going to put a marketing campaign around this so that we can collect the data that we need on the backend  infrastructure we can start standing up servers across the globe basically. If that's the case then we need to make sure that from a product standpoint this is a viable product and what that means is, it will have a monetization strategy.

Now I think the monetization strategy is actually very friendly. In addition to that we've decided to grant alpha one users the lifetime membership to that monetization and we have the sharing those cosmetics with the MMORPG. So those are all, in my opinion, actually very beneficial things. Not bad especially for the production of Ashes of Creation.

Absolutely, thank you, that is going to be workable then because that wasn't the direction. We were missing some key details. So now we can take that, and that's your vision, and we can reshape your vision out with your message.

Yeah and I think you know that, the point that people say "You know we backed an MMO." Absolutely, and the MMORPG production schedule is on schedule.

As matter fact when you think about, and this is just me speaking as a as a player, when you think about other projects that have begun let's say either from a crowdfunding standpoint or from you know a kickstarter whatever the deal may be. You looked at their schedules that they released  from their inception none of them have really met any of those milestones. We have still met our milestones and we are continuing on schedule to meet those milestones and when we decided to introduce this period of testing particularly for Action combat and or combat it was done in a way to address the concerns of players had from the development of the combat system.

Re-prioritizing that testing before alpha one obviously was a little bit of a difficulty for us to do but that's why we're running an agile project management structure so we can actually turn on a dime so to speak. It allowed us to maintain our schedule moving forward with regards to alpha one, alpha two, beta one, beta 2 for the MMORPG and not impact that production.