Back in May of 2019 when the Know Your Nodes Blog series started, we were expecting to get information about all four Nodes; however, during that time there were some design changes going on with the Nodes. Instead of pressing forward with the blog series they held off on the Divine and Military Node Blogs. Lacking those blogs there is very little we can say about the Divine Nodes.

Many people believe Divine Nodes will be the least desirable of the four; however, given that Ashes of Creation has significant religious themes in the theme box Divine Nodes will no doubt bring something unique to the situation.

Nodes will be identifiable as Divine Nodes beginning at level one as the transition from Wilderness to Expedition is marked by the arrival of NPC Priests/Clergy. 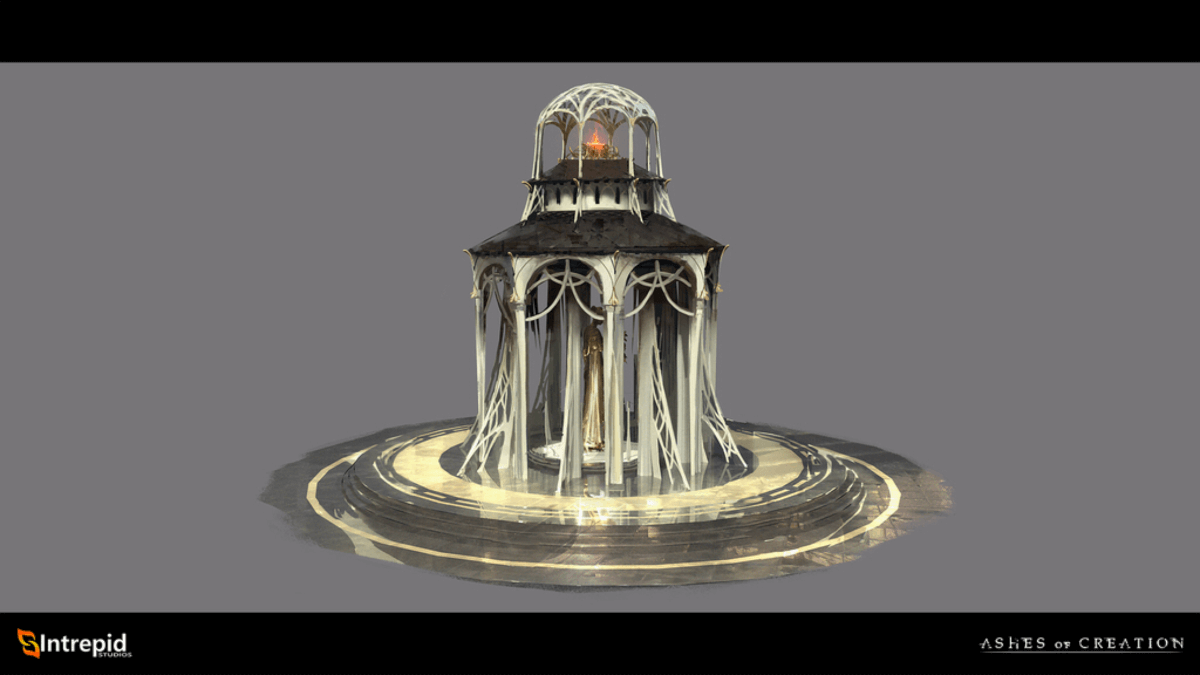 Leadership of Divine Nodes is secured by completing a series of service-oriented quests that prove faith and dedication to the Node. It is assumed these will be PvE quests to act as a counter to the Military Nodes where leadership is achieved through PvP.

The unique buildings in Divine Nodes are Temples; although we do not have the names for them at each level.

It should be noted that Temples are also a Mayoral constructible building type that can be built; in every Node. Hopefully, the names of the four Unique Building tiers will be unique enough that there is no confusion.

The Divine Node Metropolis Superpower is unknown at this time.