As of 13 March 2021, the Testing Status for Ashes of Creation has drastically changed. Due to issues discovered during the February 2021 testing, the testing schedule that was planned for the first half of 2021 has been scrapped. The new testing is as follows: 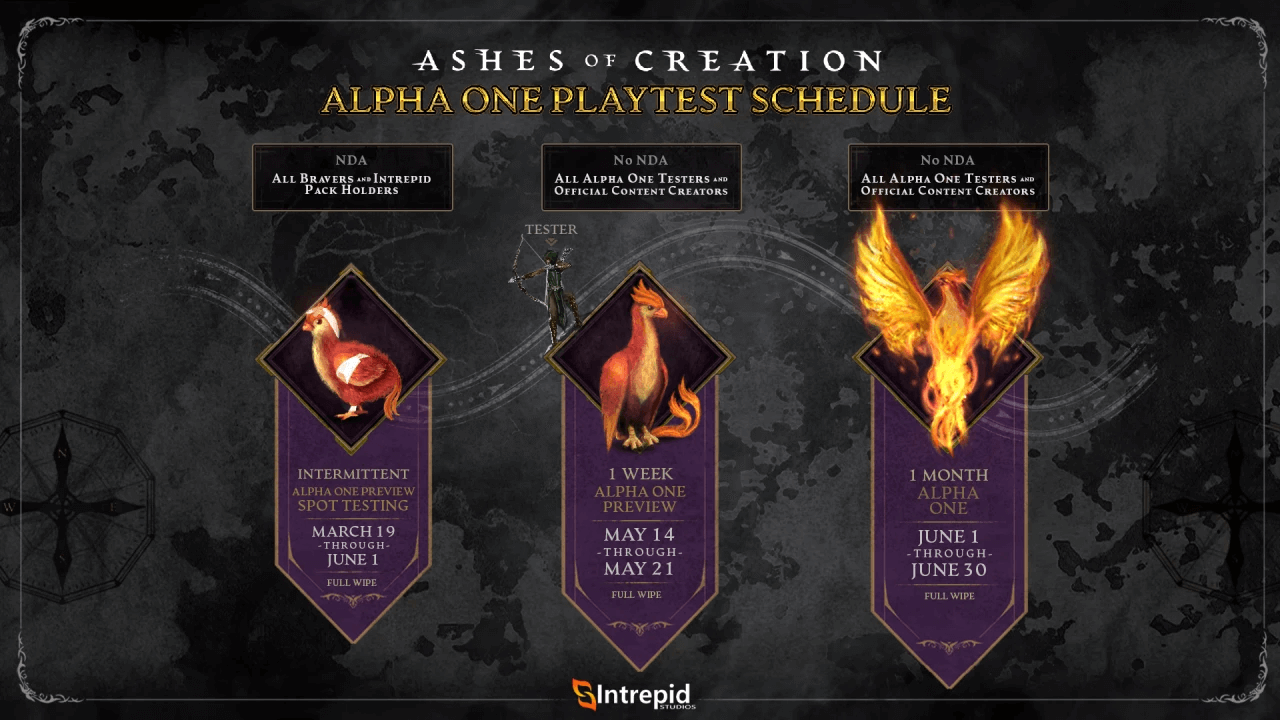 As of May 5th, Alpha 1 Sales are open. The Alpha 1 Pack is once again $500. This includes access to Alpha One Preview from March 19th through June 1st.