The Housing System in Ashes of Creation is very complex, so specific terms must be used to avoid confusion. Freeholds are not homes, or more specifically they do not have to be homes, but they are housing. Confused yet? No problem, it is a confusing concept.

Maybe the owner builds a Tavern, an Inn, and a Store and turns their freehold into a miniature economic center located at the crossroads of a trading route. Maybe the they build a Processing and Crafting center, so they can engage in more industrial pursuits. Maybe they build a Home and a Shrine and pursue their religious beliefs in peace away from the happenings of the civilization. This is the freedom that the Freehold System provides the players.

It should be noted that you can only have one Freehold per ACCOUNT. Unlike In-Node Houses and Instanced Apartments which a player can own one of each per server, Freeholds are strictly limited to one per account.

Numerous people are worried that there will not be enough housing for everyone. They are worried about an Archeage Style Land Rush where only those people who are online at the time Freeholds go up for sale will be able to get their deed, and everyone else will be stuck waiting or having to pay huge amounts of in-game currency in shade business transactions to get a freehold spot.

Some of these fears are warranted and justified, but only the ones specifically related to the early acquisition of Freeholds. Obviously, in a Stage 3 Node there is a finite amount of land available for freeholds. This initial amount of land, while plentiful, will not be enough to satisfy the needs of the entire server. There will be some players who end up having to wait until Nodes transition from Stage 3 to Stage 4 and more Nodes are able to level up to Stage 3.

As far as the gaming turning out to be an Archeage situation where if you did not play during launch week you cannot find land, this will not occur in Ashes of Creation. There is a lot of land mass available, and each player is limited to one Freehold per account. Not every player will be able to secure a beachfront Freehold, but every player should be able to acquire a Freehold somewhere.

Number of Freeholds per Node

There are a number of questions as to what happens when a Freehold moves into an area, and then gets pushed out by the way the world works; however, at this time we do not have any information about what happens in these situations and where the citizenship attached to those Freeholds would go. 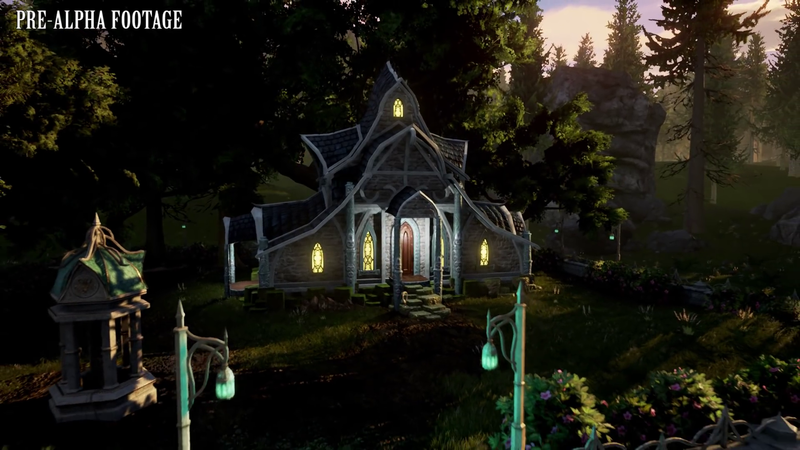 The only thing we know about Freehold acquisition is that you have to purchase the deed to a plot of land from a Stage 3 Node. After that you can place down your claim and start building out your freehold. The process of building the freehold will require the player to acquire blueprints to the buildings they want.

It is not possible to sell freeholds.

As said previously freeholds are roughly 0.5 acres in space and that footprint is static. Each freehold has a stand-off distance so you cannot create player communities by putting the freeholds right next to each other. Additionally, you cannot place a freehold anywhere that a POI (Point of Interest) might spawn as the Node grows. This means there will be a minimum distance from town before you can place it, because you must leave enough space for the Node to reach the Metropolis Stage. Additionally, anywhere a bridge, road, or dungeon might spawn will be a null spot for freehold placement.

There is a leveling mechanic involved with the structures on Freeholds. Certain buildings can grow in Level from 1 through 3, and when that happens different options become available for the building. Taverns have the ability to sell different food and drink, processing and crafting stations have different items they can make, and gathering plots will spawn different resources.

While the freehold size doesn’t change when buildings level up, the buildings themselves can grow in elevation. A Tavern or Inn that levels from 1 to 2 may have additional floors to create additional internal space.

Freeholds belong to a single owner, so there is no co-ownership or sharing of freeholds; however, you can set usage permissions so that friends, family, spouse, guild members, the general public, can use the different features of your freehold.

While we do not know a lot about the customization of freeholds, we do know that you cannot take up 100% of the space with just a single house. You will be able to take up about 50% of your freehold space with a single home if that is what you want to do. There will be no Mansions located out in the wilderness.

There are several different buildings that can be placed on a freehold. At the present time, instead of duplicating efforts, I suggest you check out the wiki article (https://ashesofcreation.wiki/Freehold_buildings) for freehold buildings. As we get more information, I will refine the Ashes 101 content to be more on point with the usual deep dive.

We do know that you will be able to fit around 6 or 7 “things” on your freehold if you maximize for space based on the previous videos we have seen. Of course, this is all subject to change. 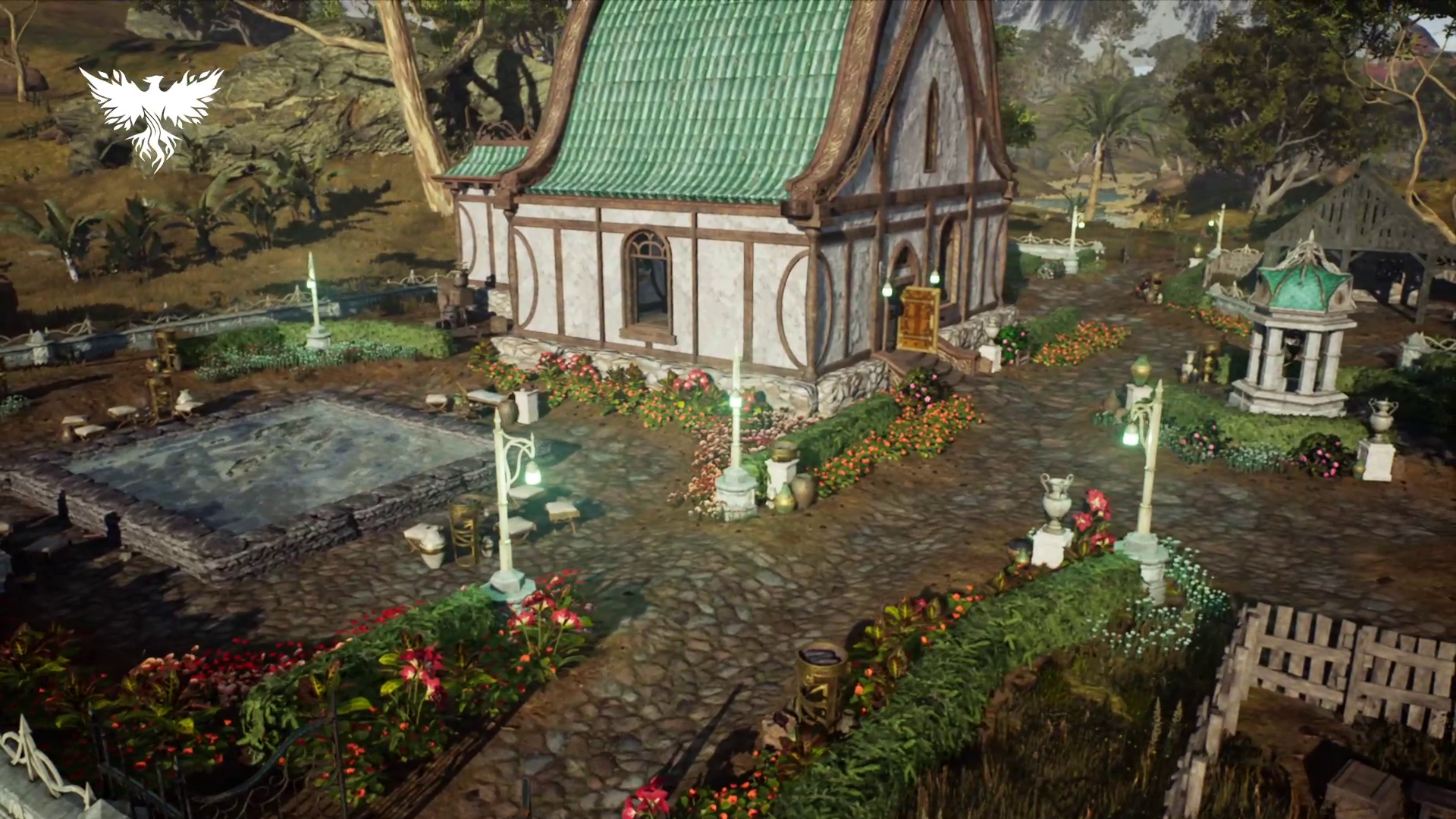 There are going to be Guild Fortresses/Guild Halls on Freeholds. I want to acknowledge these exist but we do not know what is going to happen with them. I’m just noting the concept here with future updates to come.

Can Freeholds be Destroyed?

Yes; however, their destruction mechanics are different from the housing mechanics for the In-Node Houses and Instanced Apartments. A Freehold is not destroyed after a lost siege defense, instead it enters a period of vulnerability and then grace.

During a two-hour window after a successful siege, all the Freeholds originally tied to that Node are vulnerable to attack. If a freehold is attacked and destroyed, then the freehold is permanently destroyed. The gatherables and processed goods in storage at the freehold will become lootable by the successful attackers, and the freehold plan, all crafted goods (weapons, armor, potions, food, etc), décor, and furnishings are returned to the owner.

The video to the right is on the Stage 3 Nodes, however, the last section of the video is on this two-hour window and the 7 day grace period. The video is queue up to take you directly to the relevant section.

One thing that has been shared with the community is that after a siege, any player is eligible to loot freeholds, not just the people who participated in the siege. This is something Intrepid will be taking feedback on. On the Freeholds Video I discuss this, and that is a good place to leave comments on the topic.