As of 24 December 2020, the Testing Status for Ashes of Creation is as follows: 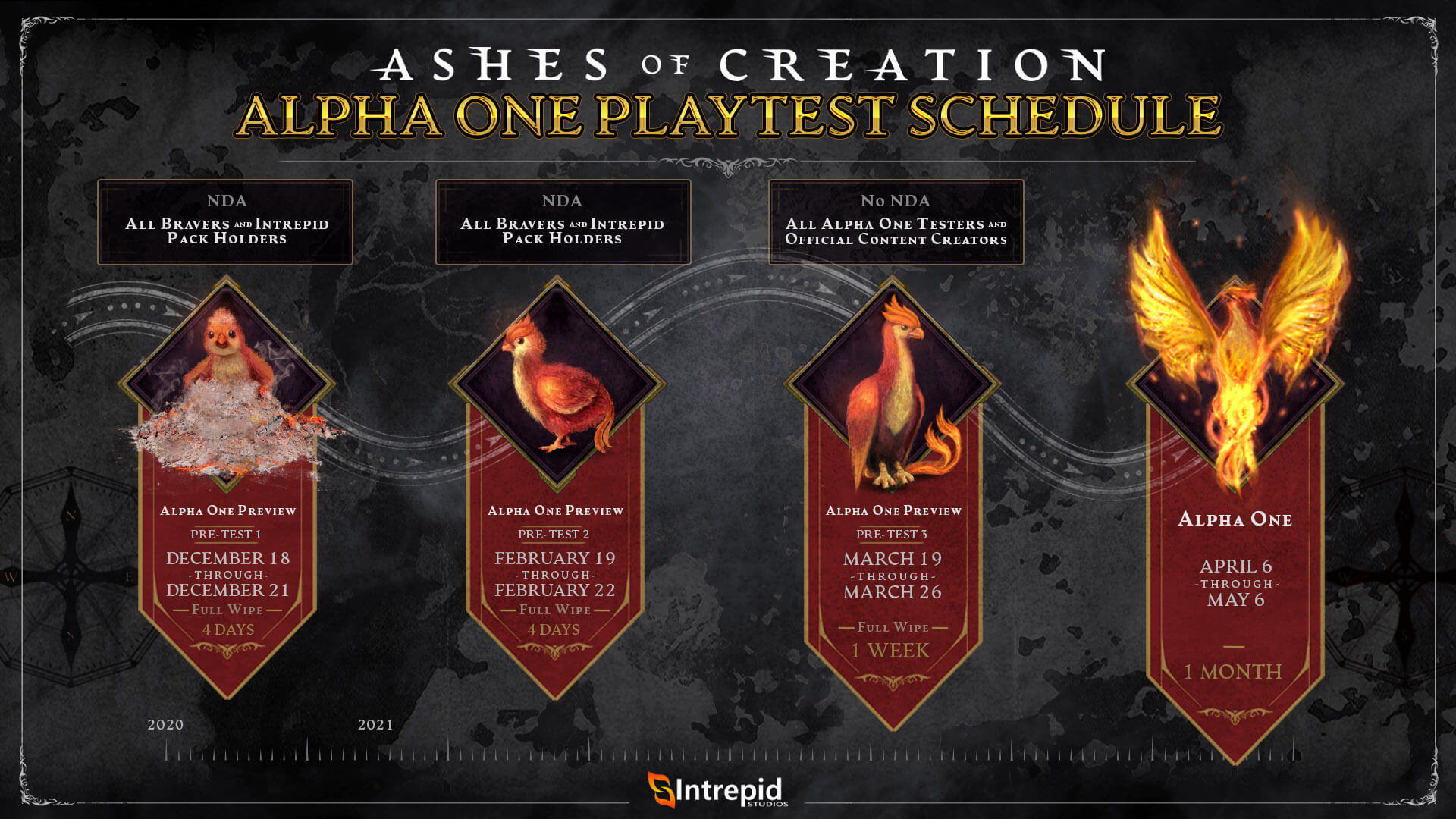 For most people it is not possible to purchase access to Alpha 1 at this time. Intrepid Packs, the $500 packs which included Alpha 1 access, sales were suspended in September 2018. Intrepid has discussed the possibility of reopening Alpha 1 sales in the future, but not until the original 10,000 Alpha 1 testers have started testing and ensured the backend changes can support a population that large.

Anyone with a Kickstarter or Summer Backer pack, an upgrade path exists in the Intrepid Store and that path will remain open for the near future.